In the not too distant future, college athletes playing at top-tier schools may be hitting the open houses as hard as they hit the gym.

And its impact could be enormous, with California’s college athletes for the first time being offered lucrative endorsement deals and sponsorships

Read more of this article at https://therealdeal.com/la/2019/09/27/playing-the-real-estate-game-college-athlete-bill-could-mint-young-millionaires-and-homebuyers/

The key is not the will to win… everybody has that. It is the will to prepare to win that is important. 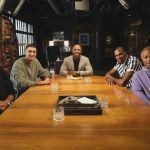