About 30 professional football players attended a mini-camp in Florida in April. But it wasn’t to sweat it out on the field against other players. It was to learn enough about the financial industry to be able to make their money last long after they stop playing.

Tales of NFL players ending up in financial ruin have been chronicled in stories and documentaries in recent years. So the league started a camp to teach the players to be as smart about P/E ratios as they are about X’s and O’s.

Read the rest of this article at https://www.marketwatch.com/story/this-nfl-training-camp-turns-football-players-into-financial-stars-2016-04-06

The key is not the will to win… everybody has that. It is the will to prepare to win that is important. 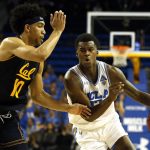